This part of the trip took us 5 sailing days just one over the planned trip. Places we stopped at, 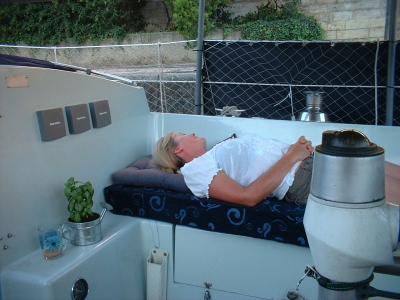 Debs catching up on much needed sleep at Lyon
As it turned out this was the best part of the trip through France, The scenery changed completely, sailing down with the Ardeche mountains on the starboard beam and the Alps on the port side and later when on the final approaches we were sailing through the Camargue, the rivers were obviously wide deep in places up to 12 m and very fast, at one point we were achieving 10.2 kt speed over ground. 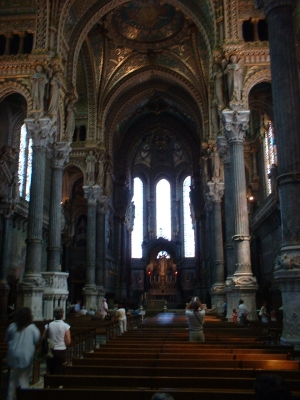 Inside the Fourviere Lame de Lyon
This is due to the Saone and the Rhone being used expensively for hydro power, at every ecluse is a hydro station. 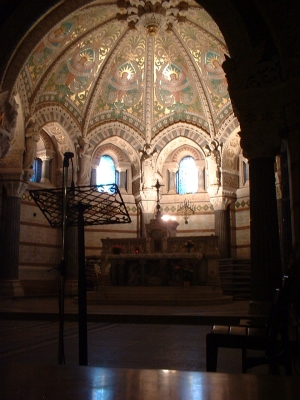 The Basilique
As you approach the pool of the ecluse the current slows, as you exit the lock you are carried along by the out fall from the station as well as the ecluse. The amount of water is staggering, the ecluse Bollene between Viviers and Avignon at PK 187, every time this lock empties or fills it uses 53,820.000 lts of water. This is the largest ecluse in Europe with dimensions of 195 m long 12 m wide and a drop of 23 m. We were in here with a small French boat, which made it look even bigger. The entertainment for this section was supplied by an Australian family, 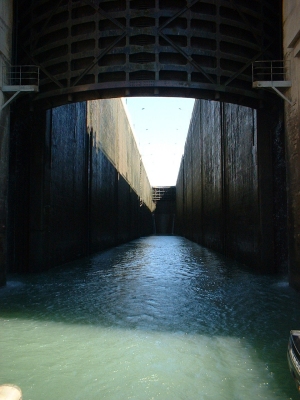 Inside Bolan, the largest lock in Europe

We left the moorings at Condrieu at 0836 hrs to complete the leg to Valence, at the first ecluse we were joined by two Danish boats and the Aussy in a peniche live aboard. At the first lock he had it side ways, second lock he missed the moorings completely and on the passage to Valence at PK 71 he collided with a channel marker post. After that everyone else gave him a very wide berth. 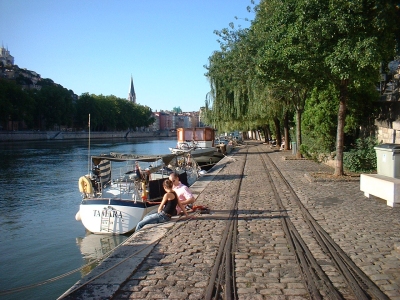 The halte at Lyon, the quay wall is in the heart of the city and it's free