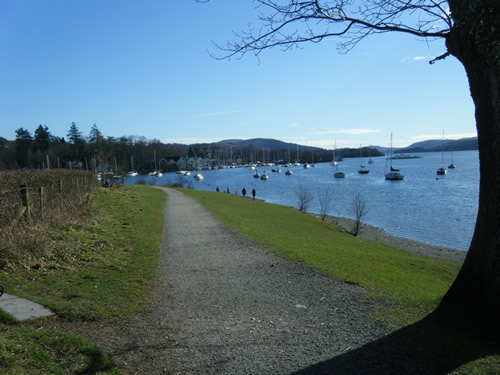 Towards the end of February 2011 Debs mind turned towards her birthday, after a brief discussion and a browse on the internet we found a bargain week in a caravan in a little place called Flooksburgh on the opposite side of the peninsular to Grange over Sands. It would be a perfect base for a week traveling around the Lakes. 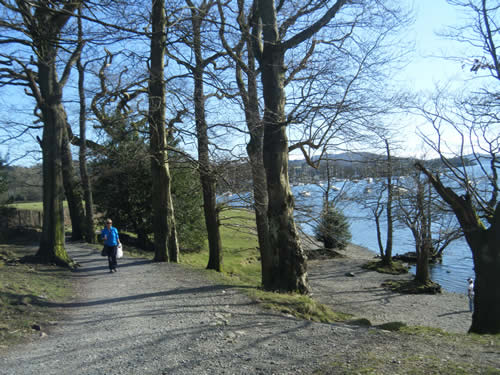 Lake Windermere looking towards the ferry landing at Bowness We decided that we would take all our own kayaking kit but not the boats, this was based on the fact that the car looses 25% fuel efficiency when we have the boats on the roof. Also there was the security factor, if we took the boats where would we leave them overnight, more importantly it would mean carrying them all week on the car, increasing the chances of them being bam aged or stolen whilst in a car park. The cost of hiring a boat was small by comparison. 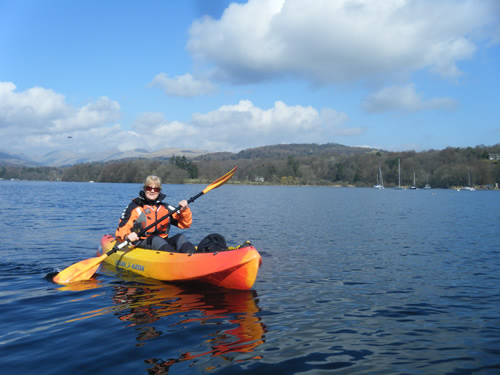 
After a while it became obvious that these boats were only useful for short periods, the lack of a decent seat and nowhere to jam your knees to help control the boat as well as support your back. These may be good fun in the surf and for playing around with the kids but definitely not my first choice. I'm so pleased we didn't buy this type 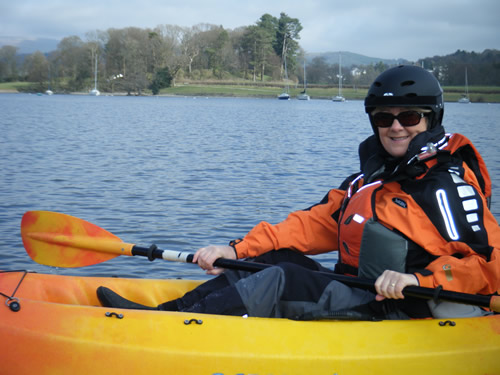 For a girl that can't swim, she shows no fear of water 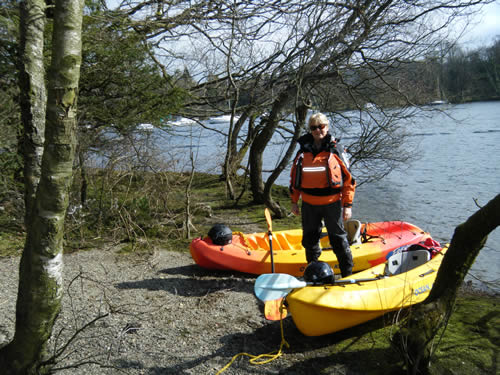 However we were extremely fortunate with the weather as you can see from the pictures, the sun just never stopped shining for the entire week, five days clear blue skies and temperatures between 18 and 20 degs. During the day on the lake we found another caravan site right on the lake shore. Fallbarrow, so we beached the kayaks and went off to find the office, this was even better,Caravans right on the lake side, secure boat storage and they offer cut price deals at the beginning and end of the season, after leaving our details so they could post us a brochure, gong back to the boats we met a man and his wife from Redcar who were in one of the chalets on the lake shore, he invited us in, even (though we had all our wet kit on ) they were sparkling clean inside, en-suite, big flat screen tv central heating the works. We will be returning here!! The boats were hired from canoe and kayaking on ferry Nab road Bowness, the young lady in the shop is extremely helpful as well as knowledgeable with regard to kayaking. She gives good advice on where to go and what to do

Debs having a well earned drink 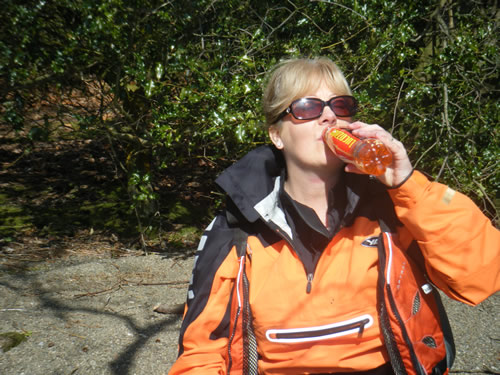 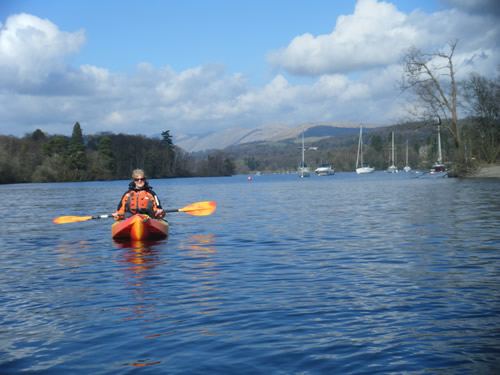