Tamara is sold and will be moving on to her new home in the Orkney's with Peter and Kay who's plans are to spend a few year travelling from their home port in Kirkwall and eventually take Tamara back to the Med. Deb and I are waiting for the delivery of two grandsons, due to arrive in July and August. 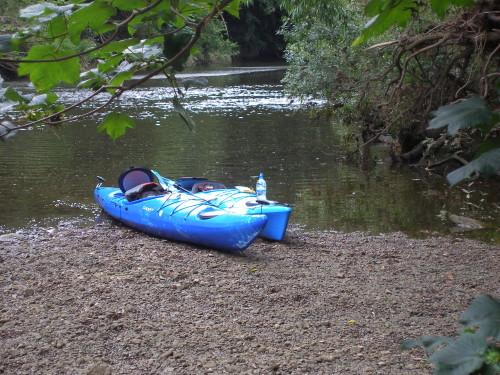 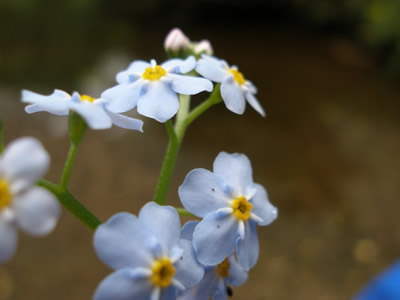 Amble pier a week earlier with a Northerly F8 blowing, We were supposed to be kayaking around Coquet Island the next day, which is an annual event. Anyone who knows the sea is aware that it normally takes two tides after the wind drops to calm the swell and this wasn't going to happen this weekend. The trip around the island was cancelled and we raced up stream to the bridges at Warworth and back to the wave basin instead. The weather didn't deter the Eider ducks in the foreground of this picture, they took their brood out and around the piers to the rocks, a lot braver than I would have been, even in Tamara. 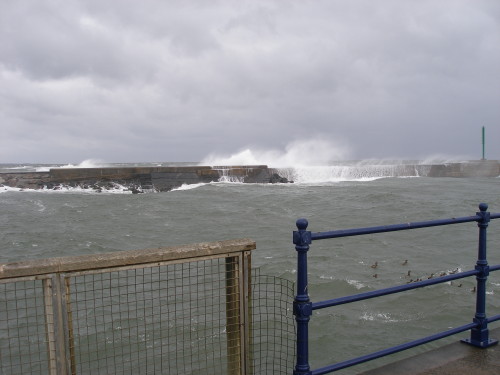 These pictures were taken on a river close to us in the middle of a Southerly F7, which presented some problems but as you can see you also get time when you find shelter and plenty wild life. Seeing things from this level you often see things that otherwise would pass you by. This river is in very good health and you can tell that by the number of fish that are jumping all around as we progress up to our little picnic spot. 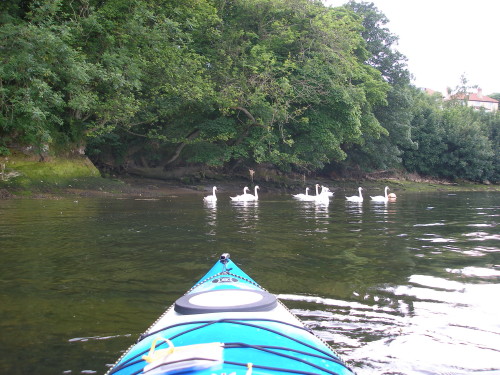 We take every opportunity to get out, even when the weathers not the best but this will give us experience of different conditions and how the boats handle. We will pick our times carefully but you just never know when your going to get caught out, so all experiences are good. 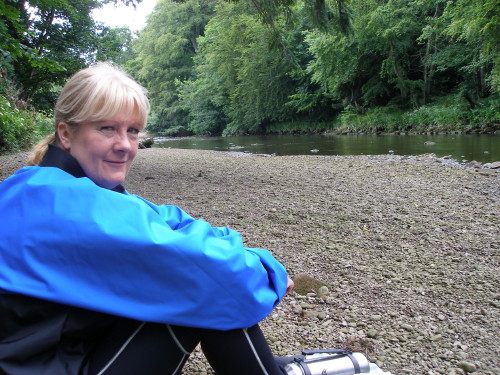 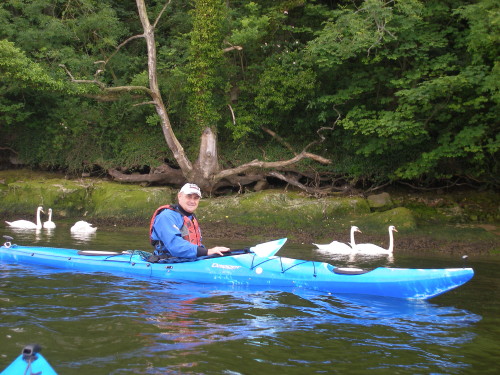 So, now we need to get the fitness levels up and the fat levels down, we joined the Coquet Shore Based Trust a charity based at Amble next to the marina, I had spent some years kayaking as a child in Kielder on the North Tyne in kayaks my dad had made from wood and canvas, great things to play in. Later topped up my skills and learned to roll kayaks, just before going to NZ in 2000 with an instructor who also took us through our rock climbing basics Ollie Jay who now runs his own centre at Berwick. For the trips we have in mind we need to lift our skills so we are confident in each others abilities to rescue not only ourselves but each other in he event of something happening, unlike the yacht we don't carry a life raft with us. We decided we would take up something that we could do more often and as neither of us were willing to break our links with the water just yet we thought we would try kayaking with a view to doing some long touring trips around the coast and locks of Scotland. So with this in mind we purchased two boats, a Dagger 15 and a Perception 12 both capable of carrying a reasonable payload and both being good stable boats.