Easter weekend was fast approaching, we had to make a decision on what we 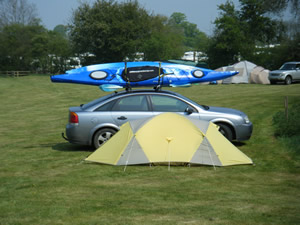 were going to do. It was a choice of Glen Etive, or the Norfolk broads, a quick check on the weather ruled out Scotland as it was forecast for rain (quite heavy rain) so Norfolk it was. However, as we extended our research we found it more difficult to find a camping ground within easy reach of the broads, the idea was a round trip not a there and back. 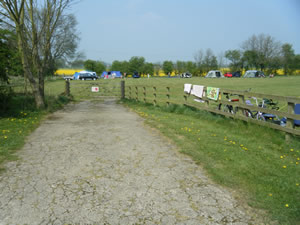 Naburn camp ground, a wonderful site just meters from the lock where you can put in. The Terra Nova came out of retirement. We had a three acre field for six tents the site cost £15.50 a night and absolutely a must if your wanting to kayak the Ouse from here to York or beyond. 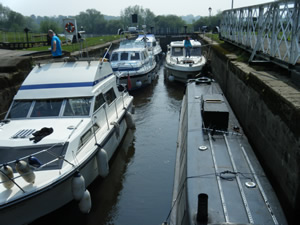 Debs research told us that Naburn was four mile south of York and it was an easy paddle, grade one, good for beginners etc, it was four mile to York, by road, and the river meanders considerably increasing the distance to over double.(we forgot the GPS so can't give an accurate distance, but it takes about two and a half hours 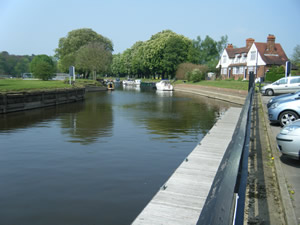 The River Ouse is tidal up to the Naburn Lock and the lock only operates at times of high tide. The lock keepers cottages are beautiful, more so than the French canals, the only thing missing is a little tea room selling teacakes and drinks 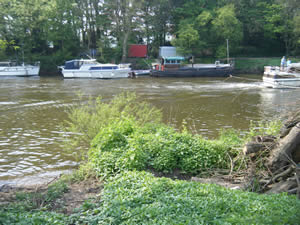 Yet again we couldn't believe our luck, blue skies, 25 degs of heat and a light breeze. 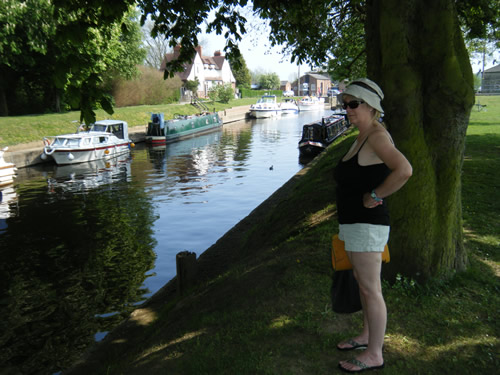 The area surrounding the lock is so picturesque you just have to spend a couple of hours wandering around soaking up the sun, the scenery, and chatting to the boat owners about their travels and swapping stories. 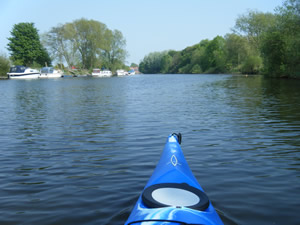 On the Friday afternoon we put in for a couple of hours just messing around the lock area, meaning to explore the moorings and just a little way up the river, after asking the lock keeper the obvious questions about how far, conditions etc we set off, after an hour we arrived at the York boat club slipway in Naburn Village, at the top of the slip is a pub The Blacksmiths Arms, they do a mean fried breakfast for £2.99 between 9 and 10 and good meals all other times, as well as B&B. An indication of the meandering of the river is it took us an hour to paddle here, later that night we walked via the road to the same pub (15 minutes) 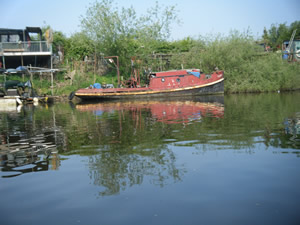 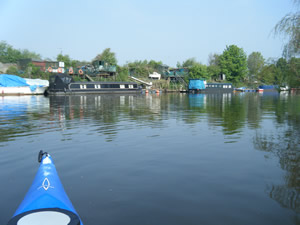 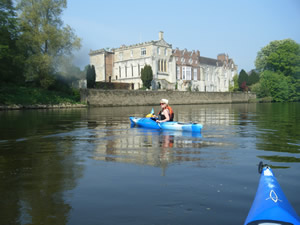 Day two, while waiting for breakfast at the Blacksmiths Arms Naburn village, we decided instead of putting in at the lock and covering ground already paddled, we would launch from here and head off up to York. A little conversation with the landlord arranged breakfast, parking all day in his car park and an evening meal on our return. 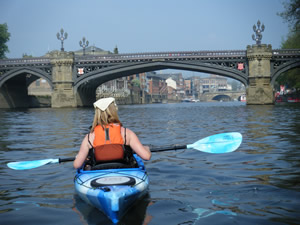 The only thing we found we had to watch for was he elderly private owners with large power boats, these guys really didn't give a monkeys, speed limits, not for them, we were swamped twice by the same owner, taking water on both occasions. There are very large signs which ask owners to slow down when passing moored boats, this gentleman was obviously short on reading. He had boats, pontoons and landing flying all over. 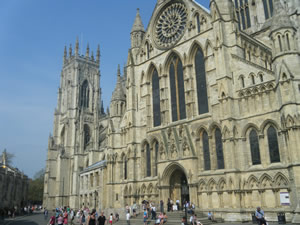 On arriving at York, we needed somewhere to leave the kayaks safe so we could go off and have a walk around. I spotted a little gap between the pontoons of the Red Boat hire company and the river wall. Sending Debs to do the dirty work, she asked, for a small fee could we put our boats behind their pontoon and would they keep an eye on them. We left them there for a couple of hours and disappeared into the town 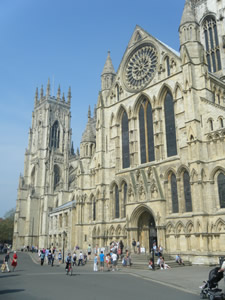 All in all a great weekend away, fantastic weather, great paddling, and some wonderful scenery. The only down side was the wash from the power boats, not the commercial guys, they are always on the lookout for you, it's the private owners.
It's an area we will return to and I advise anyone who likes gentle paddling to do this route as well as the Linton on Ouse to York route 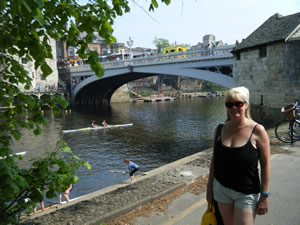 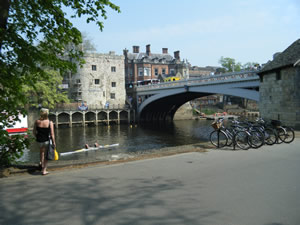 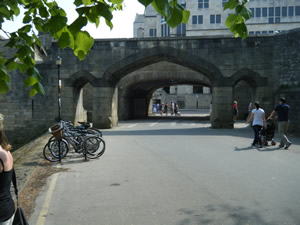 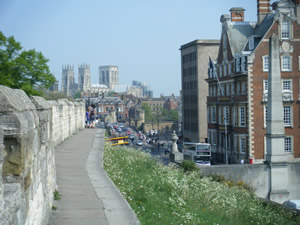 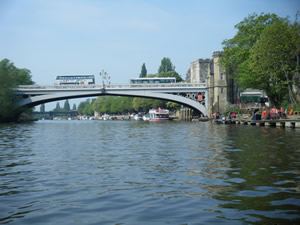 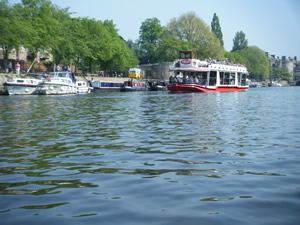 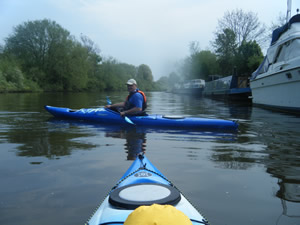