So we get the tomb stone, front axle, main frame and cluch bell housing back from the shot blasters, they get painted with red oxide and allowed to dry and harden
The track rod ends have arrived and as soon as I get back from holidays we'll get started at the rebuild of at least the front end. 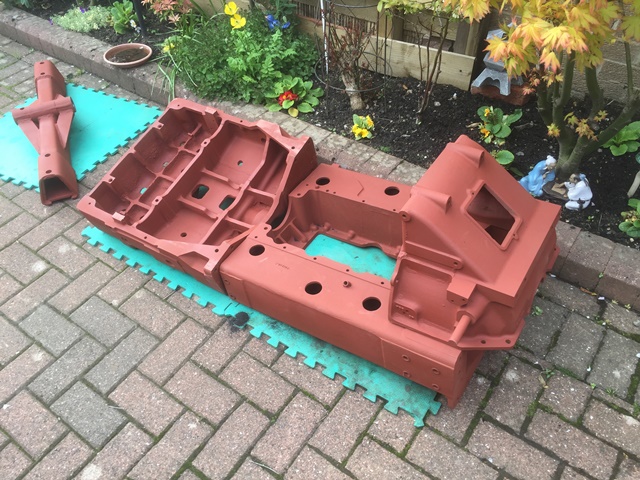 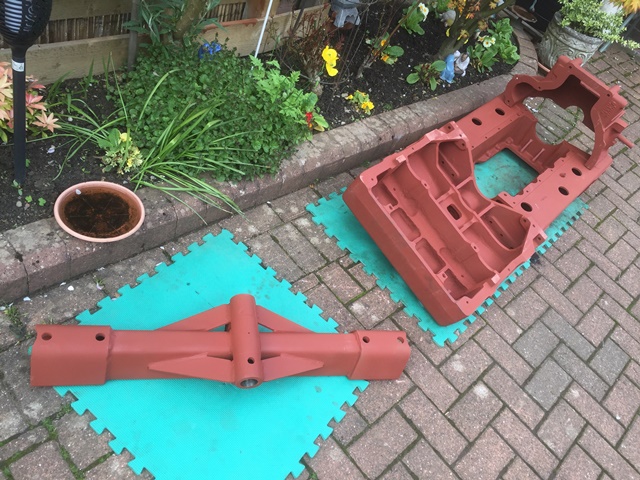 Block returns to the main frames 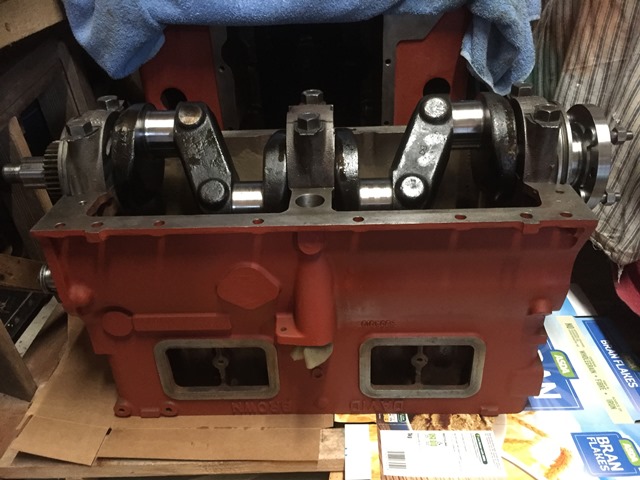 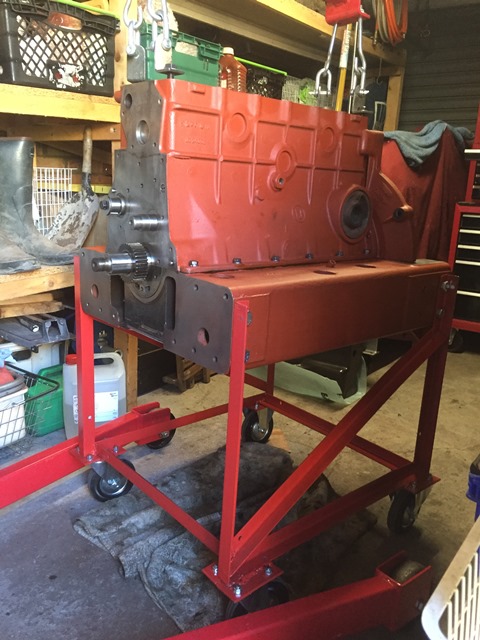 I made the cradle to carry the main frames as the only way to support the engine while I place the pistons is in the frames,
this is because the engine and frames split on the center line of the crank, you can sit the block on the cap nuts but I don't like that idea,
it had to be on casters to allow the block to be moved around the garage, as the block with the crank has become unmanagable for weight. 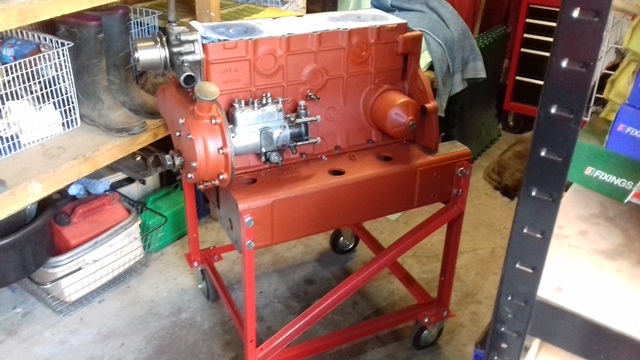 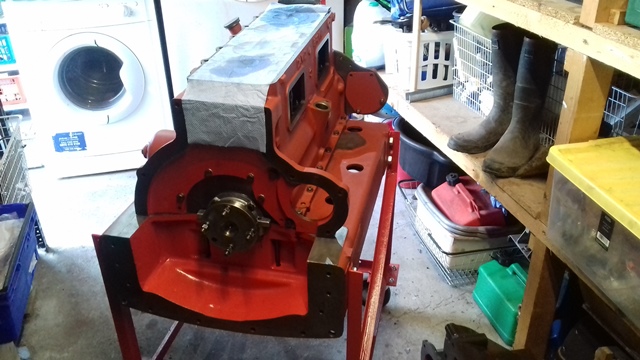 Slowly it comes back together,
note to one's self, put the oil feed pipe into the block before you mount the block on the frame,
why? cos you can't get a spanner in to tighen it in the frame

loads of bits in primer, I try to do a batch so as not to waste paint while mixing or cleaning 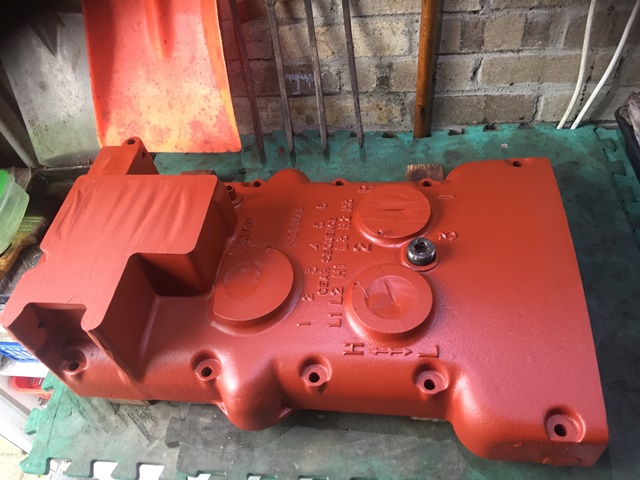 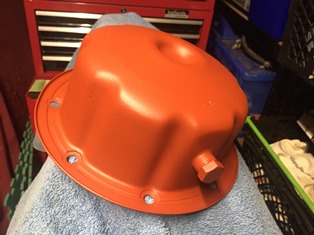 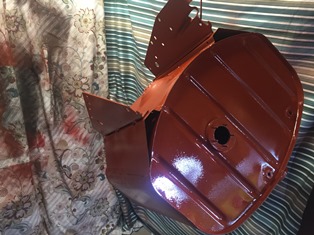 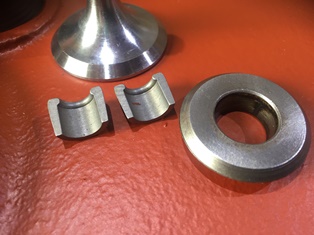 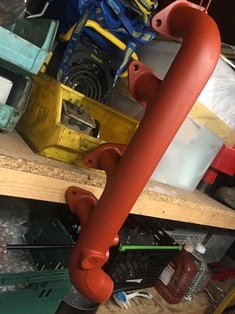 Most of the heavey engine bits are back together, head on, rocker shaft in and set, only one final check on the head torque and then button up the rocker cover.
Then we can start putting together the fuel system, fill the fluids and attemp a first start. Once i find the oil feed pipe for the head, which is hiding at the moment 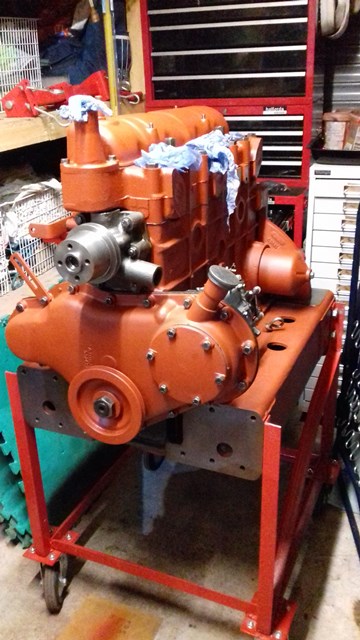